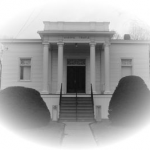 The oldest organization in Plainville, Frederick Lodge No. 14 AF&AM is located in the Masonic Temple at 70 East Main Street. The Grand Lodge of Massachusetts Bay chartered Frederick Lodge on October 3, 1787, as there was no Grand Lodge of Connecticut at that time. At least five of the men to whom our original charter was granted - William Judd, John Mix, Timothy Hosmer, Reuben Humphrey and John Hart - served in the Revolutionary Army. Some of their gravestones may still be seen in Farmington. At that time Frederick Lodge held its meetings Farmington. In 1860, the Lodge met at Cooke’s Tavern located in Plainville, the former “Great Plain” in the old town of Farmington. The first members actually from Plainville were John Cooke and Calvin Lewis, neighbors in the White Oak District, who were made Masons on April 13, 1789.

This 215-year-old Lodge has seen a lot of American history and its members have helped shape that history.

The members of Frederick Franklin Lodge No. 14, like all Masonic Lodges, keep alive that spirit which formed this country and practice the tenets of Free Masonry, which are, Friendship, Morality and Brotherly Love.