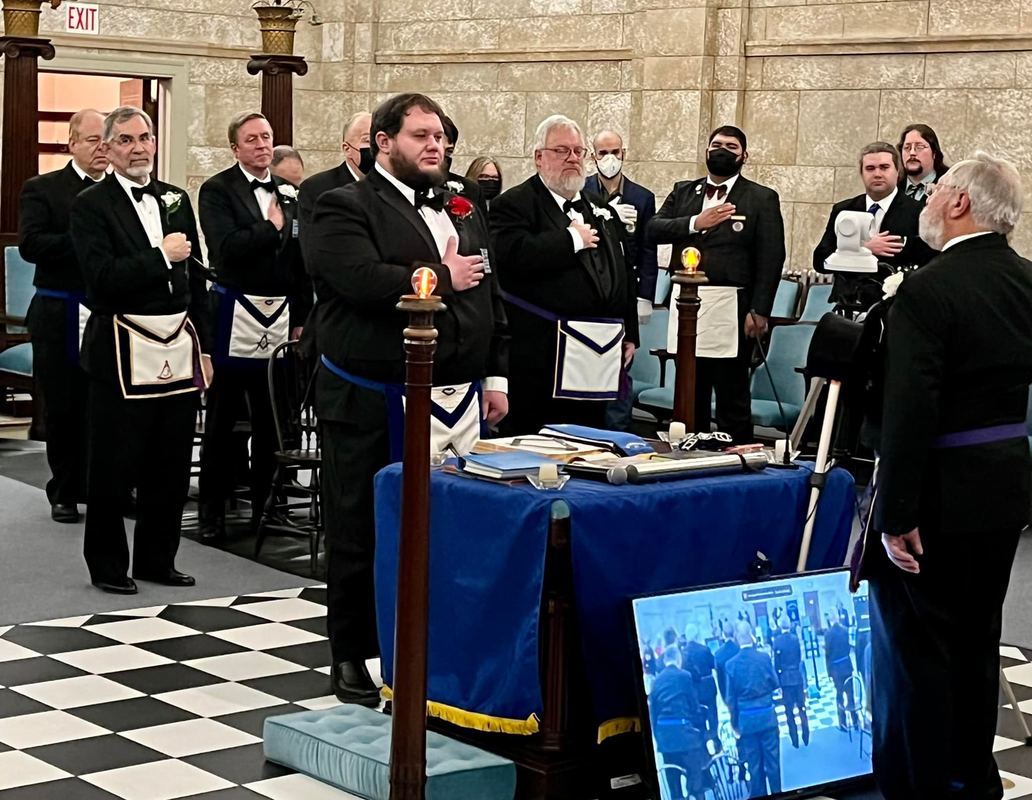 Cosmopolitan Lodge No. 125 was the first new lodge chartered by the Grand Lodge after the “war to end all wars.” Worshipful Master Jacob Caplan and 34 other charter members accepted the duty of operating New Haven’s newest lodge in 1919. The roster of charter members included a wide variety of professions and trades – legal, medical, accounting, various segments of the retail industry, and even a meteorologist were represented.

At the time of Cosmopolitan’s chartering, Masons nationwide were seeking opportunities to associate with men of similar backgrounds, be they professional, ethnic, or religious. In three Connecticut communities – New Haven, Hartford, and Bridgeport – Masonic brothers of the Jewish faith coalesced into lodges made up primarily of brothers of their faith. They welcomed good men of all religions, but certain traditions, such as the use of the Old Testament as the lodge’s “volume of sacred law,” followed the beliefs of the Jewish faith.

One Cosmopolitan brother, Abraham “Cookie the Klown” Flaks, of blessed memory, became famous for developing the ‘sneaker fund’ to help children in the Shriners Hospitals. Abe had a number of huge sneakers on wheels manufactured to collect donations for the kids in the hospitals – he was honored for this work by both the Shrine of North America and the Grand Lodge of Connecticut through its Pierpont Edwards Medal in Bronze for Distinguished Masonic Service.

Cosmopolitan Lodge is active in various charitable works benefiting the public and Masonic charities. It has sponsored facilities at the Masonicare facility in Wallingford and at Gaylord Hospital. Over the last decade, the lodge has become particularly active in the Grand Lodge’s “CT-CHIP” program – a free child identification program that provides parents with a packet of all the information necessary for the authorities in the event a child goes missing.

The lodge has also been the sponsor, for more than a quarter century, of New Haven Chapter, Order of DeMolay, which was chartered in 1922. This organization provides an opportunity for young men from the ages of 12 to 21 to learn about Masonic values and teachings while associating with young men from throughout the community.

Family activities are a significant part of the program at Cosmopolitan Lodge. The lodge hosts an annual “Passover Table Seder,” a traditional feast open to all brothers who are interested in learning the meaning of the tradition of the Seder. Ladies nights are held throughout the year, and each November there is a family-style Thanksgiving dinner, complete with as many home-cooked turkeys as needed, for brothers and their families to carve and enjoy.

Cosmopolitan Lodge No. 125 looks forward to the celebration of its centennial at the end of this decade, and to continuing its tradition of making good men – no matter what their age – better.