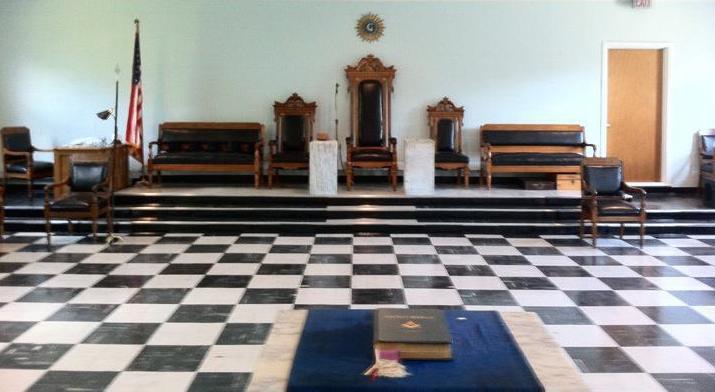 On May 15, 1794 the Grand Lodge of Connecticut granted the request of some twenty Masonic brothers, most of them members of Frederick Lodge of Farmington (now Plainville), as Village Lodge. The Lodge was to be held in the West Society of Simsbury, which was later to become the Town of Canton. A few years later the number 29 was assigned by the Grand Lodge of the State of Connecticut.

The following brothers from the towns of Simsbury, New Hartford, and Bristol were the charter members:

The first meeting was held on August 4, 1794 at the Lodge Room in West Simsbury, when plans were made for the instillation of the Lodge.

Until the end of 1796, the Lodge held its meetings at the home of Worshipful Master, Reuben Humphrey, located in what is now Canton. In 1797 they moved to the stone tavern owned by Dan Case. Recently know as the Bradley House in Canton.

In 1833 the Lodge temporarily ceased its work to to anti Masonic sentiment. They resumed work in 1853. Village Lodge celebrated its centennial with a procession of approximately 600 men through the streets in town.

Lodge activity slowed during the Civil War but heartily resumed at the end of that conflict.

In the spring of 1958 excavation started on the current Village Lodge on River Road in Collinsville. The first regular meeting was held there in 1961. The lower floor was used as a nursery school for almost thirty years.

Right Worshipful Brother Fritz Lofgren was an integral part of Village Lodge for many years. Upon his death he left Village Lodge a parcel of land off of Huckleberry Hill Rd. The land was sold and the monies now make up an endowment .